Silly Laws Create Creative Outcomes.
Ninety-eight years ago Nebraska today ratified the 18th amendment to the Constitution, pushing it over the top and outlawing the manufacture, sale and consumption of alcohol.   Washington State had already banned alcohol, both through "local option" laws and a 1918 "Bone Dry" statewide measure.  San Juan County had gone dry some years prior, following a visit from famed evangelist Billy Sunday.  In San Juan County, alcohol was illegal between 1911 and 1933.  Banning hootch was a dreadfully earnest endeavor, the notion being that boozy fathers would buck up and spend their times and money on family rather than swilling rotgut and pinching barmaids.  The reality of course was nowhere near the ideal.  Folks drank just the same but the liquor trade went underground.
San Juan County, being a boundary county between puritanical, dry American soil and a decadent and licentious Canada, became a hub for bootlegging and rum running in these years.  Islanders of that era were a web-footed bunch, many of them growing up on and around the water, and those who took to to smuggling did so as ducks take to water.  Early smugglers started with row and sailboats, and quickly moved onto more and more powerful motorboats. 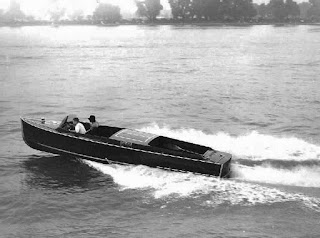 Billy Wilson and the Black Pup.
Coast Guard and other law-enforcement agencies did their best, but local knowledge of these twisting waterways and the profit motive generally won out over  under-powered Federales.  For many years the primary enforcement boat in the Islands was the steam powered Scout, nicknamed the "Black Pup", with a top speed of 6 knots--about the speed of a well designed rowboat.  Billy Wilson, a farmer, blacksmith, bootlegger, smuggler and former owner of Jones Ranch, did some hard time in the McNeil Island Penitentiary for smuggling during those years.  He and his crew got caught hauling whiskey from Vancouver Island to Lopez and stashing the goods in various barns on the extreme South End of the island.

Lessons Learned.
As students of history and avid drinkers ourselves, we view Prohibition through the lens of the ongoing American push-pull between High-Minded Totalitarianism and Reality, with the entrepreneurial and unscrupulous ever-willing to rush into the breach.  Perhaps the greatest lesson of prohibition is that a state that chooses to criminalize normal behavior effectively normalizes criminal behavior, with all sorts of nasty long-term consequences.  Above all, despite any madness any government can throw at us, prohibition is an object lesson in how the human spirit, and the desire for alcohol, always triumphs.  This tension plays out to this day.  In local terms, prohibition was a glorious canvas on which people played out games of intrigue, gain and risk.  Prohibition also marked a high point in Island prosperity.  For Billy Wilson and the boys, the good times came to a crashing halt on December 5, 1933 with passage of the 21st amendment, repealing the 19th amendment.   After his release his former associates gave him 40 acres on Iceberg Point--one of the most beautiful places on earth- in gratitude for not squealing.  Billy Wilson spent his latter days brewing and drinking his own, working the dying trade of blacksmithing and raising sheep, including a purebred flock on his Iceberg Place.  We treasure the last few buildings standing from his era, and maintain a large and growing collection of Billy Wilson artifacts, including agate marbles, various hand-forged tools, and a full selection of horseshoes.  We do our best to carry on in his place and in his name.
Billy Wilson, JFF Salutes You!  Never let local, state or federal governments get between you and your tipple of choice!

Scallops.
Eating Pink Scallops is one of the best things about being human.  Our ancestors ate grubs and bashed each other with sticks so that a blessed few of their descendants could prance around on the seafloor scooping up scallops and the rest of us could enjoy Deep-water treats for the first time in human history.  If you are not currently serving them, why not?

Urchin Bonus Round.
The state quota has been definitively thumped, but our Swinomish and Lummi friends are now hacking away at the tribal quota on urchin.  Between storms and other fisheries, urchin supply is fitful, but any urchin after the first of the year is a gift.  The urchins are getting closer to spawning--watch for white extrusions from the uni.  JFF is firmly convinced that Uni is on a one-way track to culinary glory, that urchins are the Puget Sound version of Truffles, caviar, or, well, Puget Sound Salmon, Pink Scallops and more, but in a punchier formulation.  We eat uni at every chance.  You should too.

White King and Farewell to A King of Our Hearts and Plates.

Some months back Jon Rowley, a man we are proud to claim as a mentor, cheerleader, and friend succumbed to kidney disease.  Jon defines an era of Northwest seafood and the development of a Seattle-Specific culinary sensibility like no-one else.  He drove and  embodied the change from a volume, commodities-driven fishery to the joyful, quality focused and and sustainable fishery we enjoy and celebrate today.  All of us today in the business who aspire to do anything worthwhile are Standing on the Shoulders of Giants, namely Jon.  Those interested in Jon may find more information in a handful of excellent articles profiling Jon, includinghttps://www.seattletimes.com/pacific-nw-magazine/jon-rowley-promotes-the-tastes-we-come-to-crave/.
Sunday, greater Seattle gathered to mourn his passing.  Yesterday a smaller group gathered to enjoy a meal in his spirit.  We were lucky enough to furnish the salmon for this meal-- spectacular FAS Queen Charlotte Islands Ivory King Salmon.  Last night we enjoyed Kevin Davis' version of this fish, prepared for Jon Rowley's memorial dinner.  The fish is everything we could have hoped for, and a fully fitting for Jon's farewell meal. The most special of fish for the special-est of people.  We have a limited volume of this fish available as frozen or refresh, H&G or fillet.  Don't let these fish slip away without offering them on your plate! The best of the best.

Diatoms to the Rescue.
While the rest of the nation labors under snow and storm, we West Coasters have been enjoying an uncommonly sunny winter, reminiscent of dimly remembered Washington winters of the early 1980s.   At Jones Ranch this means the winter grain is shooting up and the elderberries are leafing out.   At the shellfish farm we have seen the first algae of the season, the slimy, ground-swelling chain diatoms.  This is about three weeks earlier than usual.  What this means is that algae eaters, including oysters, are getting an unexpected gift of food and flavor-boost.  To you, this means that all Washington oysters are developing the high, glory flavors of early spring early this year.  We can already discern the high, lingering flavors of spring in the animals.  It has been a long, long time since we have seen an early spring here.  Every winter puts northern folk to the test and every spring is a gift and a joy, whether it comes in January or in April.  Here's to the oysters, here's to the weather, here's to the single celled photosynthesizing critters who make it all happen. 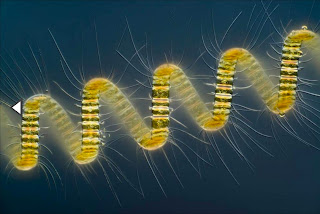 Call or write! We promise to write back, especially if you place an order!
No comments: